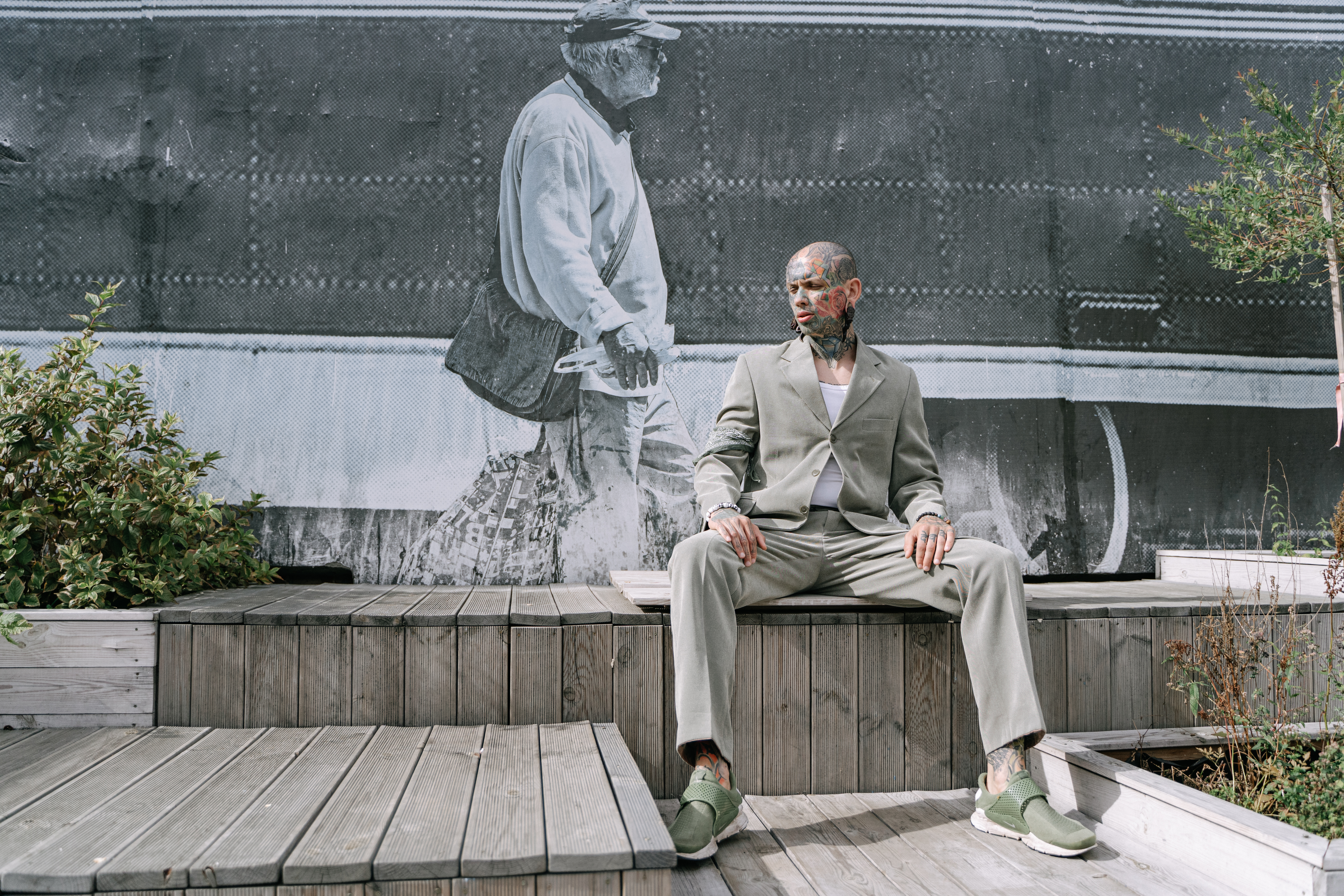 We go around the Bo Bo Aung Shrine and at the back we stand in front of the Dhammazedi and Dhammapala Temple built by King Mon Dhammazedi. Usually temples, pagodas, shrines, etc. they are guarded by a pair of chinthes, devas, nagas, ogres, etc., but this is different in this temple insofar as it is guarded by a chinthe (left) and a tiger (right). The temple houses two statues of Buddha and people say that the temple is located where the beam of light concentrated by the diamond orb (sein bu) from the Shwedagon Pagoda reaches the terrace. This may be true, but I have never seen lightning nor have I met anyone in person who has seen it. Some sources say that the Dhammazedi and Dhammapala Temple is one of the nine wonders of the Shwedagon Pagoda and that the Sandawdwin Pagoda is not one of them; others say vice versa.

We continue south and now we have reached the East Stairs. Here, at the top of the staircase, King Dhammazedi placed in 1485 the Dhammazedi stones that we have seen in the northeast corner where they were moved in 2008. This staircase, more precisely the entrance at street level, was also the place where he was on 15. March 1929 a celebration took place on the occasion of the return of control of the Shwedagon Pagoda to the Burmese by the British.

In front of the eastern staircase is the Kakusandha Buddha Worship Hall. Inside the room are several statues of Buddha, but the main Buddha is of course the one this room is dedicated to: the 25th Buddha, Kakusandha Buddha, in a lighted cave at the back of the room. This statue has, like the other main Buddha, a neon halo and is made of stone after the original statue was badly damaged by the great fire of 1931. What is striking here is the fact that not only the palm Kakusandha Buddha’s hand is turned upward. to be, as always, down, but also those of three of the four in front of their cave, sitting on statues of Buddha. This is surprising insofar as this mudra is not in conformity with any of the many mudras prescribed in the ancient scriptures.

Kakusandha Buddha is one of the nine wonders of the Shwedagon Pagoda.

The Kakusandha Buddha Worship Hall, which was the victim of the great Shwedagon Pagoda fire in 1931, was originally built in 1841 by King Tharrawaddy Min’s chief queen, Ma May Gale and was first renovated in 1869. After the Great Fire, was -built on the basis of the original plans, was reopened in 1940.

On the right side of the Kakusandha worship hall you can see the Golden Shan umbrellas.

To the left and right of the room is a Planetary Pole for the Moon. One of you said that it is Tigre; It was you? Okay, so you are born on a Monday and this is your place to do your ‘yadayar’ devotional. We are waiting for you and when you return I will tell you something about Tawa Gu Buddha.

Now we take a look at the Tawa Gu Buddha which is located on the upper terrace of the Shwedagon stupa in a niche above and behind the Kakusandha Buddha worship hall. The terrace is about 18 feet / 6 meters wide and can be accessed via stairs located next to the Konagamana Buddha Worship Hall on the south staircase.

As you may recall, this terrace cannot be visited by women and men require the Shwedagon Pagoda Security permit. However, we can see the statue from here on the monitor on the column there in the Kakusandha Buddha’s devotion hall. Tawa Gu Buddha who is said to have a ruby ​​inside his head and would be able to perform miracles. The statue is relatively small and is different from all the other Buddha statues in Shwedagon in that its eyes give a different expression to the face. I have people of the heart who describe the eyes as “real” or “alive”. Because of the rubies on his forehead and in his eyes enshrined there by Bo Bo Aung (well, people believe that) and his’ living ‘eyes, Tawa Gu Buddha is also called’ Living Ruby-eyed Buddha ‘in Burmese’ Padamya. Myet Shin Buddha ‘. Tawa Gu Buddha is one of the nine wonders of the Shwedagon Pagoda.

After admiring Tawa Gu Buddha, we see diagonally on the right side of the eastern staircase the U Nyo Pavilion, which was completed in 1938. What makes this pavilion worth mentioning is that here you can see a selection of wooden jatakas beautifully carved depicting scenes from the life of Gautama Buddhas, including the scene of the celebration of Siddhartha’s birth in the course of which the hermit Asita foresaw that Siddhartha would one day become a great king or great saint.

Oh, you are lucky. Look over there. Do you see the people with the Htishwes (golden umbrellas) there? Yes, you are right. That’s a Shin Pyu procession.

Continuing south we are now at the Hamsa Prayer Pillar. The Hamsa Prayer Pillar has its name from the golden bird on top. The Hamsa bird, also called the Hintha bird, is the sacred bird of the Mon Hamsawaddy (Hansawaddy) dynasty. For this reason, the Hamsa (Hintha) bird, representing the perfect union, the perfect balance, and the perfect life, was on the flags of the Mon kingdoms and is still on the flags of the Pegu (Bago) Division and the Mon State. . The devotees who pray in this post believe that they will be as healthy, successful and wealthy as the kings and queens of this dynasty.

Right from the Hamsa prayer pillar in the direction of the main stupa, we have here the Planetary Post for Mars located to the southeast of the terrace of the Shwedagon Pagoda. As you will remember, Mars corresponds to Tuesday born and is associated with the lion. Was any of you born on a Tuesday? You? Well then this is the place to do your ‘yadayar’, in other words, to promote your luck. When it is ready we will continue.

Now we turn right and there you see the pavilion of the southern staircase where we have started our walk around the central stupa, our ring road, respectively. But before we go to the southeast corner to rest for a few minutes under the Bodhi tree that was planted there and then return to the east staircase to leave the Shwedagon Pagoda to continue our ‘Yangon Pagoda Observation Tour’, we are going to the building located to the left of the upper landing of the south staircase.

Here we are. This is the Carousel Hall. Let us go one step further and you will see why this building is called the Carousel Hall. Yes, because there is a slowly turning carousel with four silver bowls. Do you see what these locals are doing? Well, they try to throw coins into the bowls. Here I have some coins for you and you should join them and do what they do. Why? Well, because when you manage to place your coin in one of the bowls you will have good luck. I think it’s worth a try.

Ha, you see, some of you made it. Be happy, that’s a good sign. By the way, here on the walls you can see very beautiful wood carvings. Starting on the left side, they are telling the story of Bhuridatta, Prince Naga, known as Bhuridatta jataka.

Leaving the spree hall we have the central stupa in front of us and we turn right in an easterly direction.

Having reached the southeast corner of the main platform, we can see the bodhi tree diagonally at the southeast end. That is where we are now going to rest a bit in the shade of the Bodhi tree.

Okay, let’s sit down and enjoy the view and have some cookies and water. This is like the Bo trees in the northwest corner that grow from a cutting of the same Bodhi tree in northern India, under which, as Buddhists believe, Siddhartha Gautama attained enlightenment (bodhi).

Having gathered some strength, we returned to the eastern staircase and left the Shwedagon Pagoda. Now we are about two-thirds of the platform of the pagoda and we have to cross the Ar Za Ni street that divides the staircase into a lower part and an upper part.

From here you can take taxis whenever you want to leave the pagoda from here or get here by taxi if you wish. Heading south, Ar Za Ni Road leads to the old Lake Road, now U Htaung Bo Road, where the southern staircase that we used to climb Shwedagon Pagoda is located. Heading north, past the north entrance, leads onto West Shwegondaing Road.

We have reached the foot of the stairs and here, in front of the fence, at the end of the stone slaps, the floor is paved with which we can put on our slippers.

We have now left the Shwedagon Pagoda compound and, as you can see here, there are also two chinthes that protect the staircase. However, these are much smaller than the chinthes that guard the entrance to the south staircase.

This is now Kyar Taw Ya Street. There are some small food and souvenir stalls here and a few steps down the street is the corner of Kyar Taw Ya Street and Yae Ta Shae Street. So here on our left is the Bahan (Zay) Hall market. Along Yae Ta Shae street on the left are shops selling food, flowers, paper umbrellas, fans, monk robes, monk slippers, monk umbrellas, well everything devotees may want to have before visit the Shwedagon Pagoda and / or one of the monasteries.

This is the end of our visit to the Shwedagon Pagoda. I hope you liked it and that we meet again. 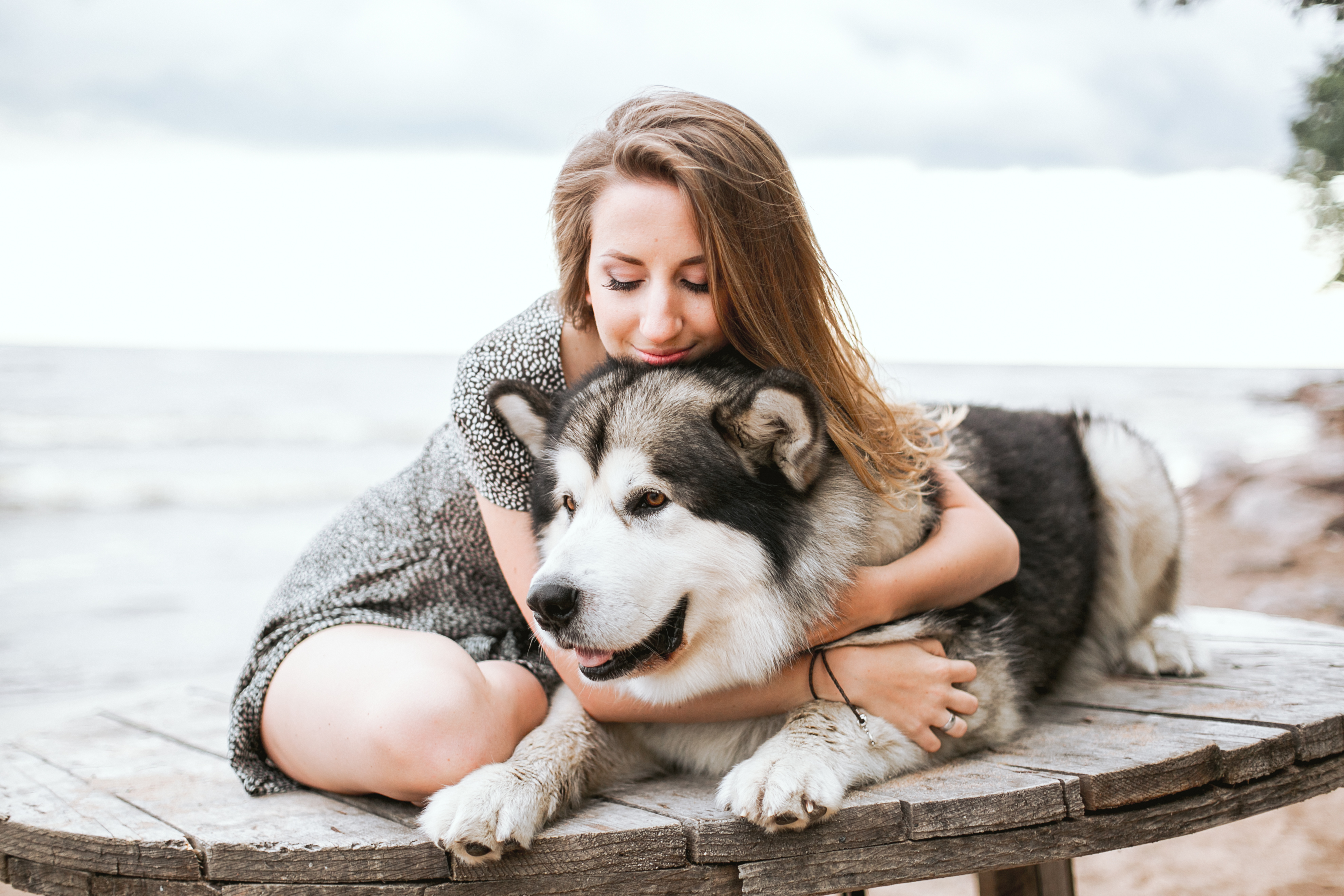 5 types of relationships to avoid